You Are Here: Successful Weekend for RWTH Rowers

Last weekend, the RWTH rowing eight were able to compete in the regatta “Sveti Duje” in Split, Croatia for the fourth time. 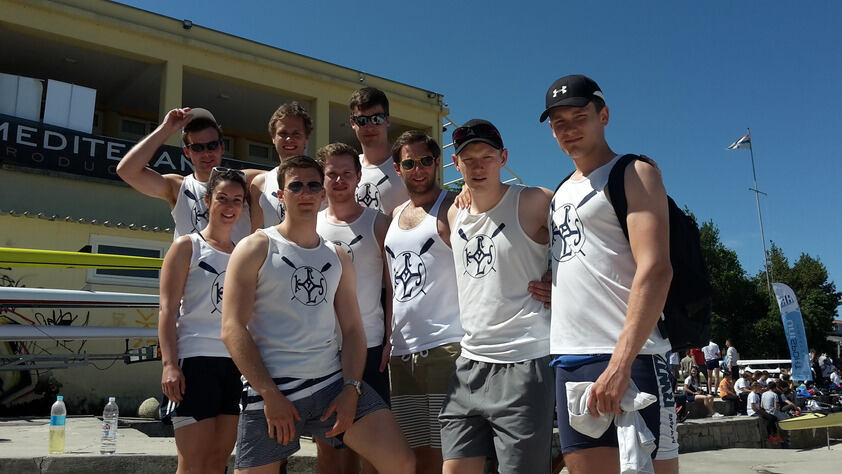 It was early in the morning, when Lukas Raming, Nils Knorr, Maxime Wülfrath, Lukas Böhmer, Tim Bauerle, Lukas Klappheck, Florian Heesen, Lauritz Kamphaus and helmswoman Miriam Höner started at the previous round. As they reached the second place, it was their direct qualification for the A-finals. While the weather was fantastic, the team had a few troubles with the sea water. Nevertheless, they were able to win the third place right after the boat race participants of Oxford and Cambridge. Other boats of the A-finals were from Pisa-Pavia, Breslau and Belgrad.

The long standing member of the RWTH rowing eight Maximilian Meurer, who is currently doing his year abroad at the University of Trondheim, supports the local university team there. His eight were able to win the title at the Norwegian University Championship and thereby they could also triumph abroad.