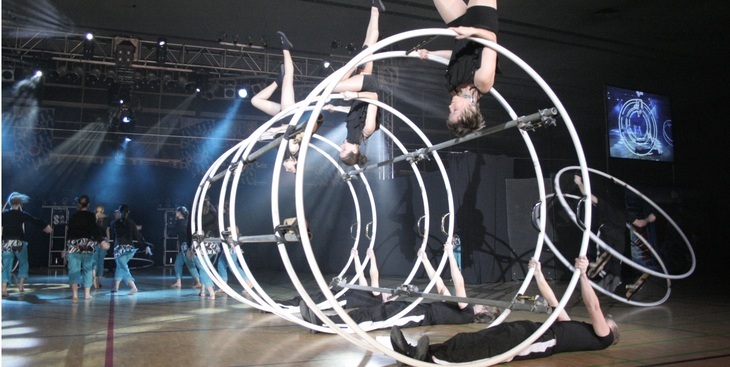 In 1990, a stage was erected for the first time, on which athletes could show off their acts. This was also the first year where the event was moderated. Every year more and more university sports groups from different sports disciplines participated, motivated to present their sports and to work on a show act aside from the regular course offerings. Before the show athletes are honored who have earned respect through their athletic achievements.

Thus, the former university winter sports fest slowly grew to become a show with diverse performances from University Sports. Today, the event is one of the highlights of the winter semester.