You Are Here: Interview with Matthias Wilhelm 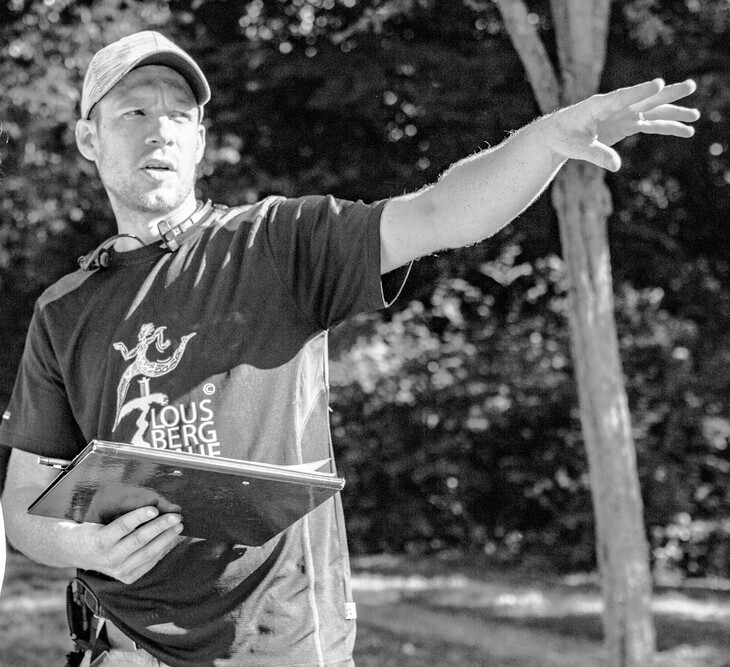 Coordinator of the Lousberglauf of the Rütscherstraße Towers halls of residence


Mr Wilhelm, you are the new coordinator of the Lousberglauf. What motivated you to volunteer for that position? What do you enjoy most about this role?

After so many years as route coordinator I couldn’t just leave it at one year as main coordinator. And with an almost completely new team the anniversary year will surely be varied and exciting.

What does it mean to organize a cult event like the Lousberglauf?

Sport brings people together and is fun. So it stands to reason that the great cultural mix of the towers’ residents would get together for a running event. I find it great that as a hall of residence we are still part of such a large event. I hope that this year we will again be able to welcome many alumni to run and celebrate together with the current residents.

How can it all be managed? What do you particularly enjoy about it?

Even with a relatively new team there are always some who have been with us for a long time. Together, we have been planning the event day for months, thus spreading the work over many shoulders and many months. And precisely these meetings with so many people from so many different areas are a lot of fun year on year. Not to forget the finish of the runners, who are all cheered down the home straight by the spectators. That’s when you can see the joy, and I’m sure also a bit of pride, in the eyes of the entire organization team.

Does something connect you personally to the Lousberglauf?
Have you ever joined in yourself?

It is probably the must run jogging route of my life. Challenging, tiring and right outside the door. This year, as a hall of residence, we are practicing for the run several times a week. As I have been involved in coordinating the event every year, I have so far been unable to make the start myself. On the other hand, I am probably the only one to have walked the route several times with a 50kg dry-marking trolley.

What is the particular appeal of the Lousberglauf for you?

The mix of sporting competition and fun run. Whether one wants to improve one’s personal best, compete with the record holders or simply wants to join in. Whether as part of a running group, dressed up or with a pram. As an active resident of the towers I find it important to show our less active residents as well as our many neighbors in the area of the event, that our mixed bunch of students can move a lot together. Many people forget that a lot of committed people live together in the towers and have proved this commitment at the LBL for over 30 years.

How would you summarize the Lousberglauf for yourself in three words?

When the Towers Connect

It has been a whole 34 years since a bunch of running enthusiastic students made their way to their local mountain to host the very first Lousberglauf. In 2019 the Lousberglauf will again take place on July 3 in its 30th iteration.

The handful of students have grown to over 2000 sports fans, from a few neighbors has developed a city-wide cooperation and a spontaneous idea has become an event with over 200 volunteers from the University Sports Center and of course all four towers.

The only thing to have remained unchanged over the years: 5555km with a lot of elevation, a merciless home straight and a distinctive backdrop.

Participants run to win, simply to take part or to meet old friends after the race. Whether powered out in running clothes or in a lovingly crafted costume, this diverse mix is what makes the LBL unique.

So that this event – it is far more than a simple run – is again a great success this year, planning of the following year’s event always starts just a week after the last one was completed.

Punctually at the start of the open-air season the preparations of the hobby runners and coordination team of the towers and HSZ around the running route in the “front garden of the towers” begins.

Assembly and dismantling of a small tent city, cordoning off and securing of the route, distribution of starting numbers and certificates as well as, of course, catering for the runners and visitors need to planned.

Many thanks therefore already to each volunteer who has offered up their spare time, to every excited fan to brave the unavoidable Aachen rain and of course to all runners who will again make this year’s Lousberglauf as special as ever.

Your organization team from the