You Are Here: DHM Table Tennis in Aachen – an all Around Successful Weekend

DHM Table Tennis in Aachen – an all Around Successful Weekend 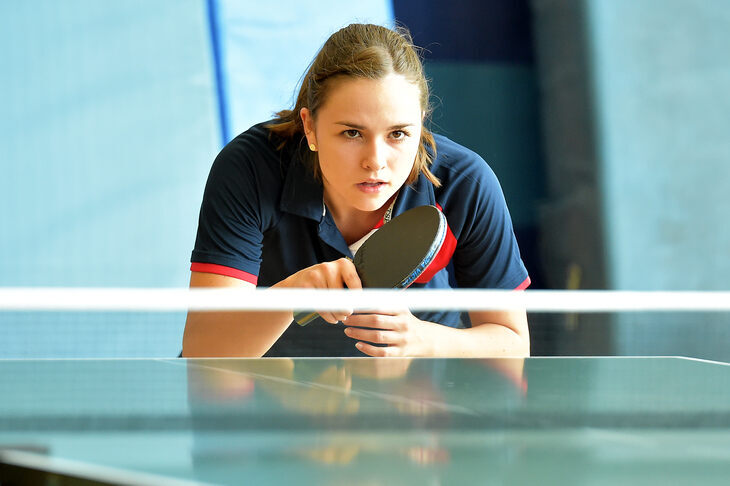 General Information about the DHM

The competition for the in single, double and team competitions. The exciting tournament was not something that the Rector of RWTH, Prof. Dr. Ulrich Rüdiger, wanted to miss. He had himself been active in university sports for a long time and emphasizes that “university sports are an integral part of university life.”

The smooth running of this successful event would never have been possible without the many volunteers. "The cooperation with the table tennis organization team convinced us", says Peter Lynen, head of the university port center of the RWTH (HSZ). Dirk Kilian, board member of adh, also praised the good cooperation between the HSZ event team and the volunteers. "Not every university has the opportunity to host one of the largest DHMs. The RWTH, however, meets all requirements and has managed to organize a successful university championship in table tennis".

This year’s supporting program did not finish with the end of the tournaments each day. On Friday there was a beach party on the beach sport facility at the Königshügel and on Saturday evening the fun continued with the sportsmen's party at Nightlife.

The DHM in Comparison with other Events

Among the many events organized by the HSZ, the DHM represents a special challenge. "Each year you have to adapt individually to the respective sport," notes Ramon Marställar, Event Coordinator of the HSZ.

All results can be viewed in detail on the DHM Table Tennis webpage.

Looking back, RWTH Aachen is proud to have been able to carry out an event of this scale and is looking forward to 2020, the 150th anniversary year of RWTH.