You Are Here: Countdown is running: Lousberglauf digital powered by STAWAG 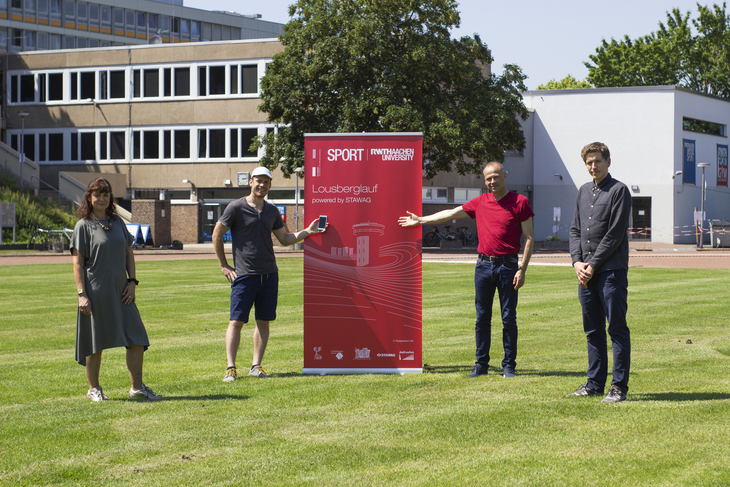 The Aachen cult event Lousberglauf will take place in digital form this year. It is free, independent of location and open to all. For the 16th time, the run is supported by STAWAG.

The first digital running event in Aachen is all set to go. The Lousberglauf Digital powered by STAWAG will take place in the week from June 29 to July 5 and is organized by the RWTH Aachen University Sports Center (HSZ). Anybody can take part in this free event. Only the distance to cover of 5555 meters is prescribed. The participants can cover the distance on a route of their choice and record their run on a fitness app or watch. Afterwards they can transmit their results to the organizers online. Peter Lynen, head of the HSZ looks forward to the Lousberglauf with great anticipation: “I believe we have succeeded in setting up a great alternative to the popular Lousberglauf in these trying times marked by Covid-19. “

The Lousberglauf Digital takes place as part of the NRW Unilauf-Cup. This running series is traditionally composed of four, this time digital, runs. The series has been running since June 8. In the first two runs over routes of 8 and 10km, respectively, 544 runners took part. “We are delighted by the great interest in the Unilauf-Cup so far and hope that as many people as possible will take part in the Lousberglauf Digital.” Tobias Vogelsang, event coordinator of the HSZ, is pleased to say.

For the first time the Lousberglauf is supporting a good this year. Although participation is free, participants are encouraged to give a donation to Tafel NRW e.V. This well-known charity provides food to people in need in NRW. In times of Corona many people are reliant on this support. “We would be delighted if as many people as possible showed and donate to Tafel NRW e.V.”, said Peter Lynen, head of the HSZ.

STAWAG has been supporting the Lousberglauf as title sponsor for 16 years. Kirsten Haacke from STAWAG’s department of corporate communication is delighted to again be able to support the event this year: “It is now all the more important for us maintain our support – sticking to sport, but also to the sense of community that will surely develop on social media.”

Organization by the Rütscher Straßen Towers

Matthias Wilhelm is also pleased, that the Lousberglauf is not entirely cancelled this year. In the past few years he has been active in the coordination team of the Rütscher Straße Towers. The towers’ team is central to the organization of this unique running event. Without their commitment, this celebration of running on their front porch would not be possible. The start/finish area, where the supporting program takes place, is usually situated in front of the towers. All that unfortunately had to be cancelled this year. “But we do look forward to next year’s Louberglauf all the more! With the colorful supporting program and the joint start.”