Pro-rector Professor Klee welcomed the Squad-athletes in the vice-president's office for an exchange with regard to the balance of ambitious studies and athletic career. 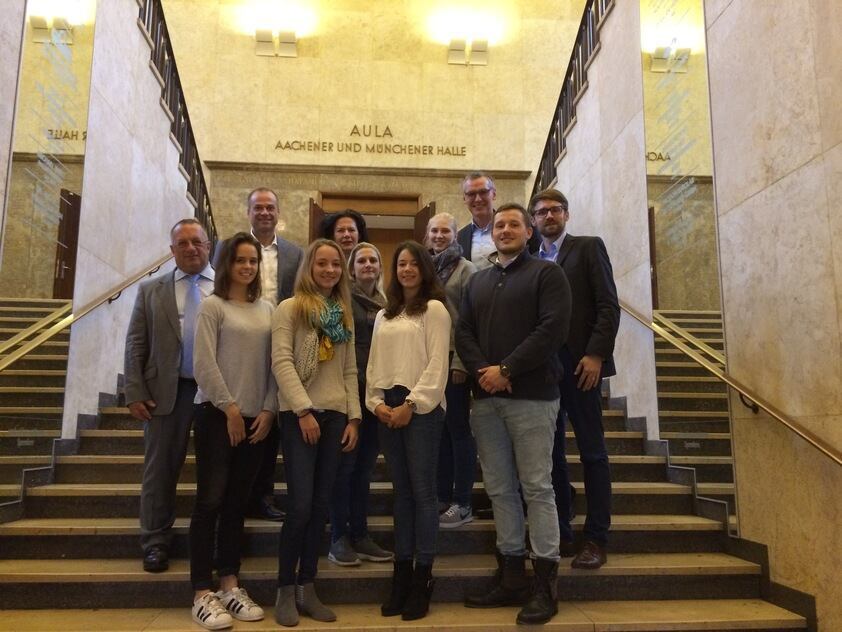 Three Squad-athletes, Pia Oldhafer (Hockey), Isabelle Gerfer (Showjumping), Pauline Riedl (Horse Vaulting) and Lars Entgens (Judo), chairman of the Steering Committee for University Sports and at the same time top sportsperson representative of RWTH Aachen, Professor Dirk Abel, Peter Lynen, head of the HSZ, Thorsten Karbach, department head of Press and Communication of RWTH Aachen, Oliver Rychter, top sportsperson representative of the HSZ and Annika Rajek, career advisor of Olympic team's training camp Rhineland met up with the pro-rector to discuss how an improvement with regard to the support of sportswomen and sportsmen with plans for a dual career can be achieved.

The result was, that a lot of students changed their place of study because of the fact of RWTH Aachen being "Partner University of High-performance Sport". Professor Klee, who admitted a lot of appreciation regarding the performance of the athletes, ensured support for the solution of problems, which emerge because of the balance of time-consuming training and dates of competitions as well as carrying out dates for exams and tests. The participants agreed, that the exchange was very valuable and that it should be repeated in the future on a regular basis.