You Are Here: Approaching fun on the slopes at ALMA Snow Event in Landgraaf

Approaching fun on the slopes at ALMA Snow Event in Landgraaf 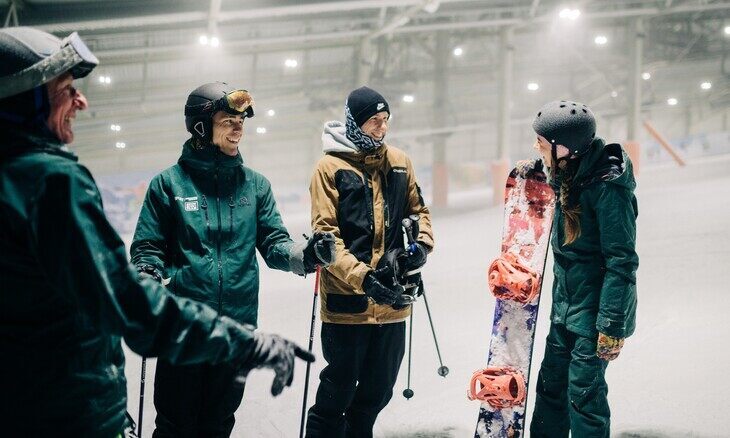 Before the start of winter, students are invited to participate in the ALMA Snow Event with around 600 other snow-enthusiasts of University Aachen, Liège and Hasselt in the ski hall Landgraaf on November 22.

For all interested skiers and snowboarders this year: Participate in the ALMA Snow Event in Landgraaf on Tuesday, November 22! Because around 600 students coming from different Universities are participating on this snow day and will be relaxing in the ski lodges after the event to end the day nicely. The ALMA Snow Event is not only a popular fun event in the calendar, but also makes it possible to get to know people of other countries. "In the context of the strategies of internationalization of universities, it is very important for the students to get to know each other beyond borders, to guarantee an intercultural exchange", states Uli Weber, research assistant at HSZ.

Whether you are beginner or advanced, each participant has the possibility to secure their skills or to let off steam in the fun park. There are still tickets available for the SnowWorld. the price is 24,90 Euros, which includes entrance, different workshops, equipment - such as ski, snowboard or shoes - and transfer (which is organized for participants by travelling with a shuttle bus from Bendplatz driving to SnowWorld Landgraaf). For the way home a shuttle bus will also be available. Those who organize their arrival for themselves, will be able to find detailed directions on how to get there on the web page of SnowWorld Landgraaf. Those who are unsure, have the possibility to buy tickets on the day of the event in the ski hall.

For further information regarding the ALMA Snow Event visit: alma-snowevent.de.