You Are Here: Pausenexpress for students can be tested in the next weeks

Pausenexpress for students can be tested in the next weeks 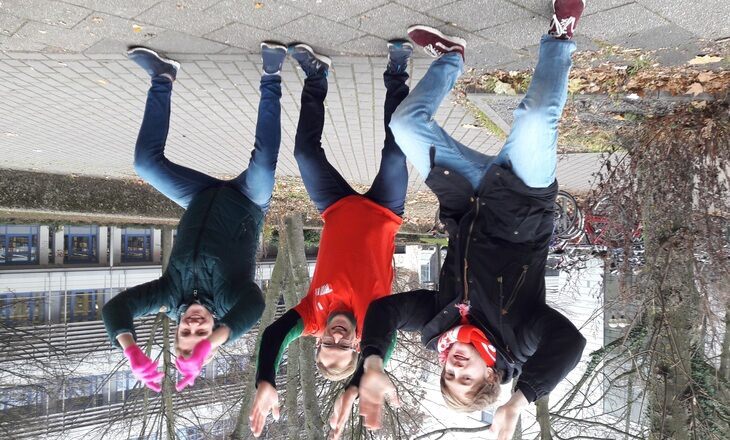 If it´s time for a break to relax head and body during your stressful daily routine and lectures, the Pausenexpress for students comes at the right time!

In front of the Kármán-auditorium and on the green area in front of the University Library it´s going to be sporty in the next two weeks: The program of the Pausenexpress offers a mix of movement, strengthening, loosening, and relaxation for RWTH students. That tiny workout which takes five to seven minutes gets the circulatory going so that participants can attend the next lecture with new energy.

The opening event takes place at the 28th of November at 12 o´clock pm in front of the Super C. Between 29th of November and December 2nd the Pausenexpress happens from 11:45 and 12:15 in front of the Kármán and Library, between December 5 and 9 it´s from 13:45 to 14:15. Afterwards, beginning at the 13th of December, other events are planned twice a week – further information will be announced.