You Are Here: The battle of the student council is close: At EUC it is not only about honor!

The battle of the student council is close: At EUC it is not only about honor!

It is also about the ThyssenKrupp-Trophy. At the Ice Hockey Uni-Cup (EUC) it is tradition that the teams of Electrical Engineering, Mechanical Engineering and Medicine compete against each other in front of 2.500 spectators in the 100,5 Arena. This is the 29th time this cult event is hold by the HSZ of the RWTH. 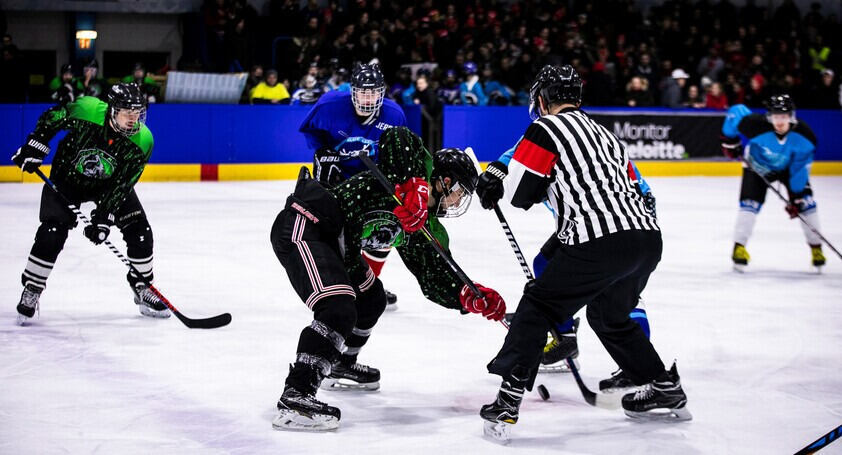 For title defense, Aachen Steelers, which is the team name of Mechanical Engineering, have to assert themselves against the Medical Strikers (Medicine) and the ET-Lions (Electrical Engineering) again and this is not going to be easy. The ThyssenKrupp Trophy is highly coveted and every team will do its best to win it.

Tickets for this derby were sold out in minutes, since the viewers know that the atmosphere is going to be thrilling and the program outstanding again. That is why you want to be part of it. As the tradition demands it, the event will be opened by the ice hockey team of the RWTH Aachen, which is called Ice-Emperors RWTH/FH Aachen, which is going to compete against the University of Vienna.

Students and professors that try to win the battle on the ice are not professionals though. That is why fun has priority on this event. A special treat for the eyes is the cheerleader team of the student’s associations: these girls and boys will heat up the audience!

After this tournament the winner is going to be celebrated in the “starfish” disco. Thanks to the support of ASEAG there is a bus shuttle service for the whole evening from Bushof to the ice rink and Starfish.

But fun is not the only thing what the UEC is about. People in need are supported from the beginning of this tournament with donations. The organization “Right to Play”, which enable kids that are either poor, ill or threatened by war to do sports, get a part of the revenues. Moreover, this year the Wabe e.V. will get donations, and they will support people with social difficulties in Aachen and its region.

Thanks to the support of the ThyssenKrupp this outstanding event is possible, and everyone can even do something good.