You Are Here: Top Rankings at DHM Fencing 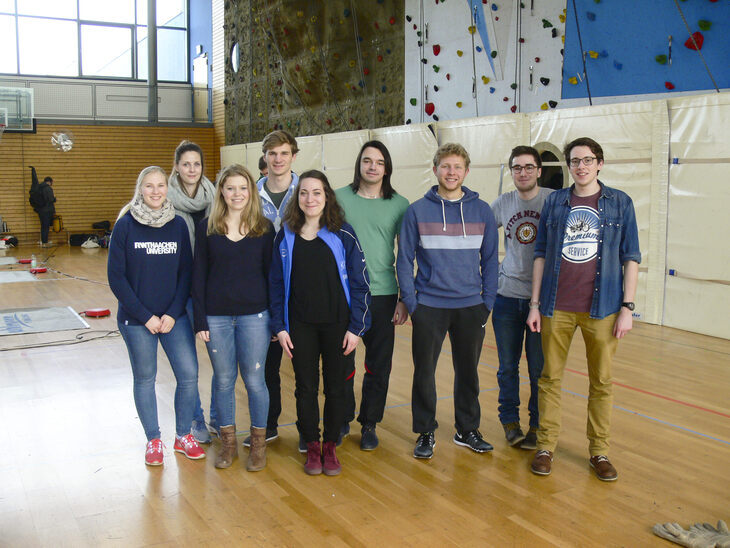 The weekend from February 10 to 12, 2017 Aachen’s university fencing team spent in Heidelberg due to the fight for the title German University Champion 2016 in individual discipline. Although the tournament was taking place last year, the final match was just now. Besides great 8th places, two students could also celebrate winning a medal.

Heidelberg is not only the place of the oldest university of Germany, it was also the host of the German University Championship in the single disciplines in fencing. Altogether, nine students competed for Aachen. Daniel Zschätzsch reached the eighth place and Miriam Koller the sixth place for sabre fencing. Moreover, Lena Lärm on the one hand was sixth in woman’s foil, and on the other also won bronze in épée fencing due to her magnificent performance.

The winner of a silver medal was Charlotte Krause in woman’s foil after a really thrilling combat.

We congratulate you all heartily on this remarkable performance.