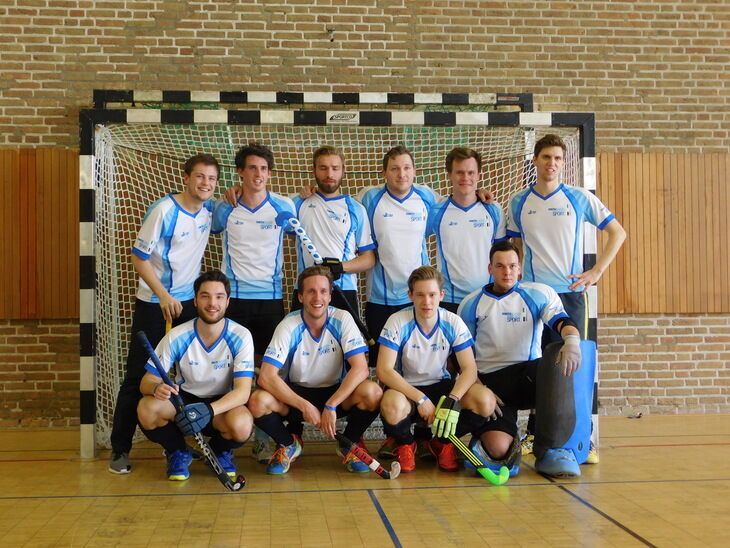 Last weekend the time had come: the University Sports Center (HSZ) of RWTH Aachen hosted the German University Championships in hockey (DHM). The male team of RWTH could assert themselves not only against the German Sport University Cologne, but also against the strong Berlin team. Moreover, the women’s team of Heidelberg is celebrating the first place after a successful final match.

Ten teams and one goal: to win the German University Championships. The DHM is the national flagship of university sports, thus the winner of this competition can be really proud of defeating strong opponents on such a high level. The German University Sports Federation (adh) organizes 40 German University Championships in 32 different kind of sports each year and on March 11 to 12, 2017 the HSZ was allowed to host one of these championships in indoor hockey. It was a “nice event, that was held lovingly”, said Nicola Franić as a part of the management of the adh. Since there were only four female and six male teams competing against each other, the atmosphere was very nice and the matches even more thrilling. The crucial goals were scored just in the final seconds, so that the winning team could not be sure of their victory before the final whistle.

Saturday was all about the preliminaries. As it is typical for the DHM, not only leading athletes but also amateur sportsman participated in this competition, and they all tried their best to qualify their team for the finals on Sunday. That is why the audience could already witness really exciting matches in this first part of the Championships.The women’s team of Heidelberg could defeat the team of Karlsruhe, saving their first place on the podium. Besides, the local University sports team of RWTH Aachen won their match against the strong team of Berlin with a two-goal lead. Consequently, they could also rejoice over their first place.

This was celebrated adequately as the team of RWTH was not confident of winning in this Championship, although they “knew that our team is strong”, as the head of the team Alexander Winkler pointed out. “Every single player gave their very best in the final match”, he said proudly. The organizer of the competition was very pleased as well: “Thanks to the great preparation, we were able to guarantee a smooth event”, as Caterina Clemens, research associate of the HSZ and also supervisor of the sport hockey, mentioned. This may be due to the fact that the event team of the HSZ took a great effort in this competition. Dr. Hans-Werner Schrader, head of the discipline hockey of the adh, also noticed this enthusiasm positively. All together it was a successful weekend, and the next awaited DHM is just around the corner.