You Are Here: The Round Goes into the Square at the RWTH Indoor Soccer Cup 2017 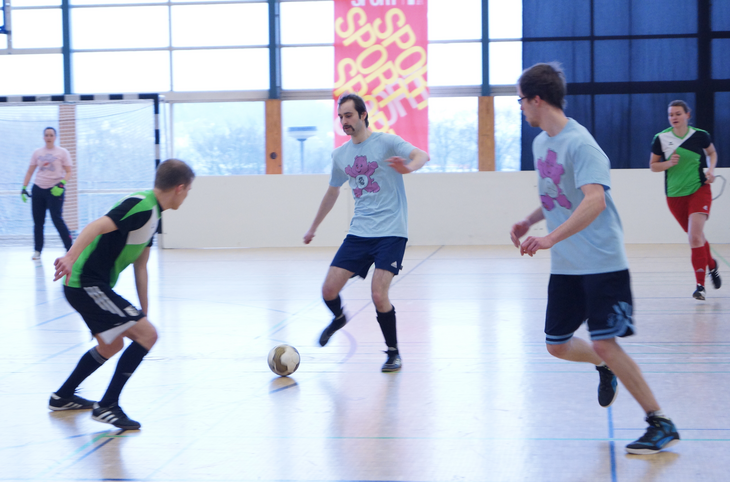 Soccer fans have already highlighted March 25 in their calendar, as it is the day of the RWTH Indoor Soccer Cup powered by BBBank. 20 Teams give their best at the battle for the trophy.

The HSZ is creating a sportive ending of the winter semester by organizing the RWTH Indoor Soccer Cup powered by BBBank. The upcoming mixed tournament is about endurance, team spirit and a lot of fun!

For those teams that got a place in the tournament due to their creative and convincing application, next Saturday is the day of the fight for the desired trophy. But a cheering audience is also really important, since there is not only a prize for the winning team, but also for the best fans.

At 10 am the official opening is taking place, just before the thrilling matches are starting. Entrance to this event is free, so come along and be there!