You Are Here: Keep Your Fingers Crossed for the EUSA Taekwondo and Judo in Coimbra!

Keep Your Fingers Crossed for the EUSA Taekwondo and Judo in Coimbra! 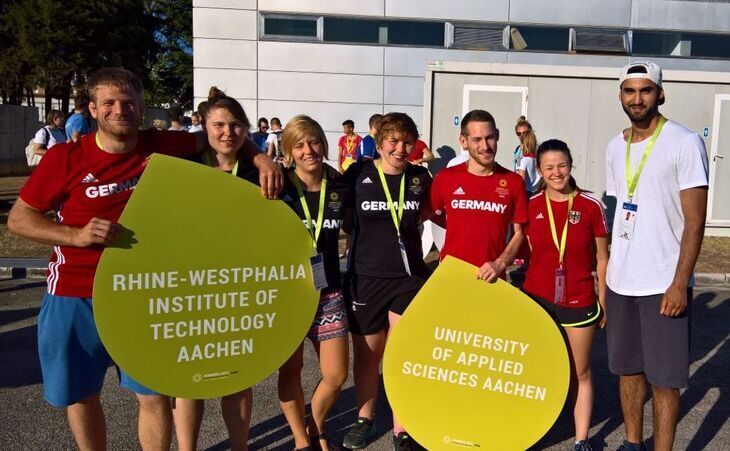 On Monday it’s happening: The European University Championship of Taekwondo 2017 starts and until July 27, they will all give their very best!

It is a thrilling atmosphere: On Monday July 24, the European Universities Championship 2017 in Taekwondo, Judo, and karate is finally occurring. Of course, there are also sportsmen of RWTH and FH Aachen who are proving their skills in warm Portugal.

The following athletes are competing for Aachen:

They are supervised by Maike Ziech, Nicki Graczyk and Maxime Lambert, like many other athletes.

In Taekwondo Lisa Halbe and Walid Hashimi are competing and they are supervised by Julian Kathage.

We wish them very best and success as we are excitedly awaiting the results!