You Are Here: NRW Unilauf Cup Round 3: Aachen on 1st place 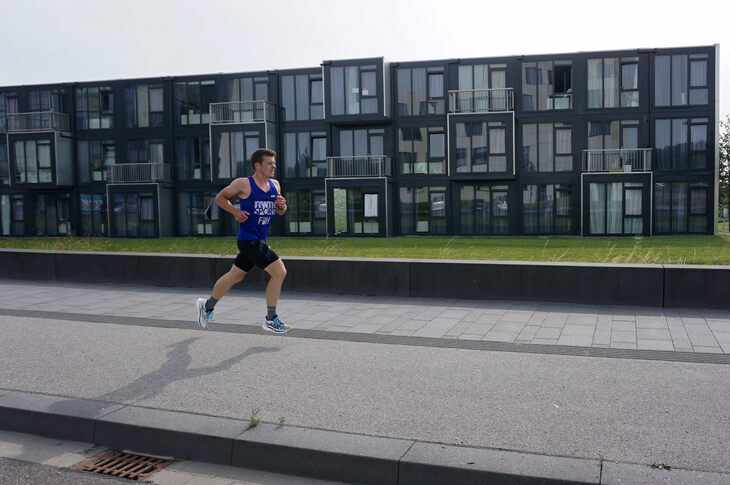 After a somewhat mediocre second place last week in Cologne, the Aachen team gave it their all again this week for the 7.5 kilometers of Münster and was duly rewarded with a crystal clear stage victory ahead of the Cologne competitors.

After Christina Streb with 28:38 minutes and Astrid Devriese with 29:54 minutes had already made it to the top of the women's rankings on Friday, a couple of men from the Aachen team went on the hunt for further placings yesterday. With no less than three runners, the 25:14 minutes strongly presented by Cologne's Jonathan Dahlke could be undercut at a joint start on Campus Boulevard: Henrik Hoffmann and Lothar Wyrwoll ran side by side with 24:55 minutes under the limit of 25 minutes, Patrick Halbach finished just behind with 25:09 minutes still in time before the strongest male runner from Cologne. Julia Kümpers also ran on Sunday and was able to regain the lead for Aachen's women from Cologne's Vera Coutellier with a razor-thin advantage and a very strong time of 27:59. The counterattack was thus successful. This time Aachen is uncatchable in the lead with just 10 placing points and at the same time secures a strong advantage for a tie.

At the Lousberglauf Digital powered by STAWAG starting on July 5, 2021, victory is once again within reach for the Aachen team. In this week of rest, it is now important to regenerate well and to set decisive training stimuli, so that the Aachen dominance can be mustered again at the home race. It remains incredibly exciting!