You Are Here: The Countdown for the Lousberglauf 2018 powered by STAWAG is Running!

The Countdown for the Lousberglauf 2018 powered by STAWAG is Running! 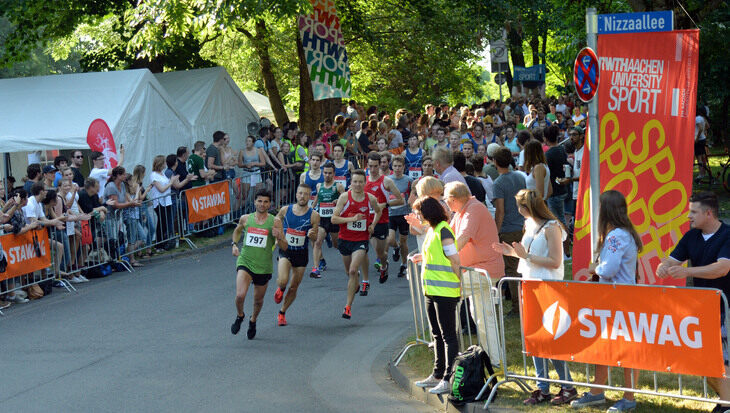 The signs have been installed and the days are being counted. The 29th Lousberglauf powered by STAWAG can be awaited with joyful anticipation. On July 4, running fans will again climb the Lousberg and turn it into a Mecca for runnners.

Appearances are deceptive! While at first glance the 5’555-meter stretch might seem straight forward, it should not be underestimated! The gradient of Aachen’s local mountain will be the main challenge for the runners. The Lousberg hasn’t gained the nickname Teufelsberg (Devil’s Mountain) for nothing. The course markers, set up in advance, therefore offer the perfect opportunity to get to grips with the route and prepare for the sporting challenge. The gradient means that the run is a challenge for amateurs and experienced runners alike, meaning that the field generally comprises a mix of performance athletes and recreational athletes.
On July 4, 2018, the performance athletes will again count amongst their ranks contestants of the NRW UniLauf Cup, whose final is again being carried out in Aachen. Tensions are rising! Will Aachen’s team manage to win at home?

Preparations for the 29th Lousberglauf have long begun. Together with the new head coordinator of the Türme-Halls for the event, Matthias Wilhelm, are running at full tilt, since without the Towers, there would be no Lousberglauf. Yet, such an event would be impossible without the help of countless volunteers. A team of over 150 hardworking volunteers will be working on various tasks like route marshalling, setting up signs or handing out bibs and will ensure another unforgettable running event. For Wilhelm, the cult run is a great opportunity to show that “the inhabitants of the towers like to be active”. However, not only the run has cult status, the sponsorship for the event by STAWAG has also become a tradition. Supporting recreational and performance sports among its target crowd is of great importance to the business, explains Kirsten Haacke from STAWAG

The last starting places for the run will be distributed on June 28. After that, nothing will stand in the way of the Lousberglauf anymore!