You Are Here: First Place for Aachen: RWTH Boxers Successful at the DHM Boxing in Potsdam

First Place for Aachen: RWTH Boxers Successful at the DHM Boxing in Potsdam 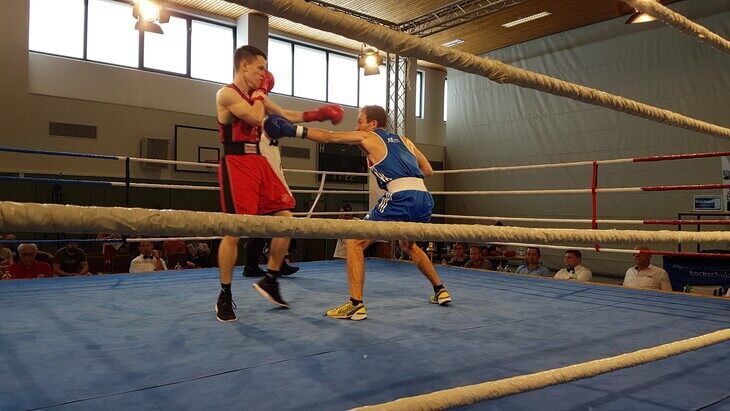 On the weekend of May 26/27 2018 the German University Championship (DHM) in boxing was for the first time carried out in Potsdam. Overall, RWTH Aachen University sent three fighters into the boxing ring, whereby Matthias Meyer was the most successful and took first place in B-Field/Light-Welterweight.

Around 85 athletes from around 40 universities met in Potsdam at the end of May to test their mettle in the ring. In the class up to 64kg (Light-Welterweight) RWTH was represented by Mathias Meyer and Joseph Mlody. Jan Euler represented the university in the up to 91kg (Heavyweight) class. Due to an RSC (Referee Stops Contest), Matthias Meyer was able to decide the fight for himself and emerge from the tournament as winner of his weight class.

The participants were housed around 10km from the tournament location and physical comfort was excellently cared for. Christoph Horst, boxing representative, expressed his satisfaction regarding the tournaments organization.