You Are Here: Aachen Pipped at the Post bei Cologne in the NRW UniLauf-Cup 2018 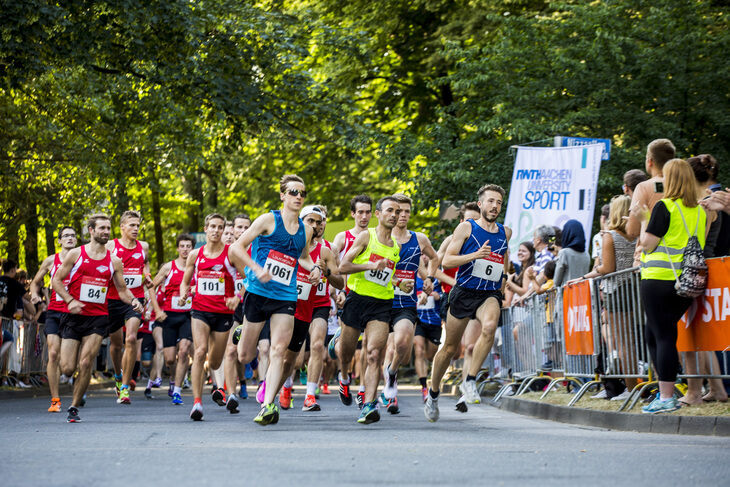 On July 4, as is tradition, the Lousberglauf hosted the final of the NRW UniLauf-Cup 2018. This year, the RWTH Aachen University running team was pipped at the post by the running team of the University of Cologne, who emerged as the winners in the individual run classification.

Before the Lousberglauf, Cologne was in the lead with 40 points, closely followed by Aachen with 36 points. Although it was close until the end, Aachen’s runners under team captain Andrea Schnorr were unable to make up the points. In the end they lost with 54 points against Cologne’s 60. The option of repeating the Dortmund UniLauf, which was cancelled due to heavy rain, on October 10, is currently being discussed, although the UniLauf-Cup overall rating is concluded. Despite this, runners can look back at a successful performance in the UniLauf runs in Münster, Cologne and Aachen. We congratulate our team for their outstanding performance and wish them all the best for future runs!