You Are Here: DHM Judo: Rector of RWTH Aachen excited by the DHM!

DHM Judo: Rector of RWTH Aachen excited by the DHM! 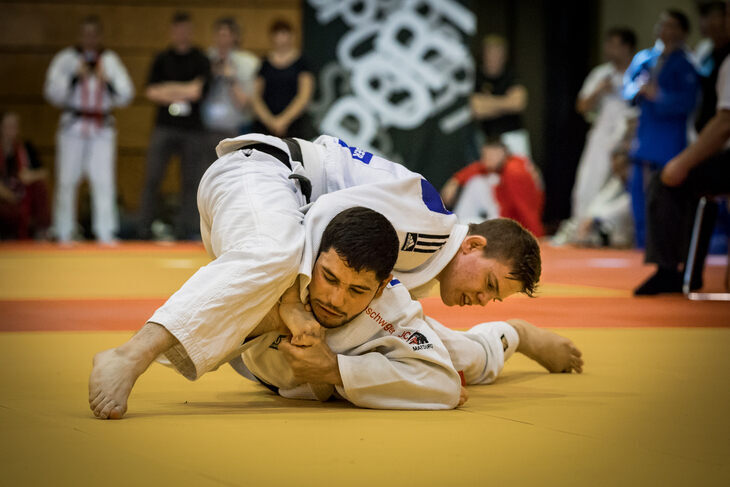 The RWTH Aachen University Sports Center (HSZ) is organizer of a very special competitive sporting event. From October 13 to 14. Athletes from across Germany will compete in the martial art of Judo at the German University Championship (DHM).

450 participants – one goal: To become German University Champion 2018 in Judo! The DHM is a flagship event of university sports on a national level. Who wins here has been able to hold their own on the highest level against formidable opposition and can be proud of what they have accomplished. Every year, the German University Sports Federation (adh) organizes over 40 German University Championships in around 35 different sports. This year, the HSZ is hosting the championship in the discipline of Judo. “It is fascinating to get to know RWTH in this way”, explained Prof. Dr. Ulrich Rüdiger, the new rector of RWTH. For him, it’s the first event of its kind and he was impressed by the level of commitment demonstrated by the students, as for him it is without a doubt: “high performance in sport and high performance at university belong together”. 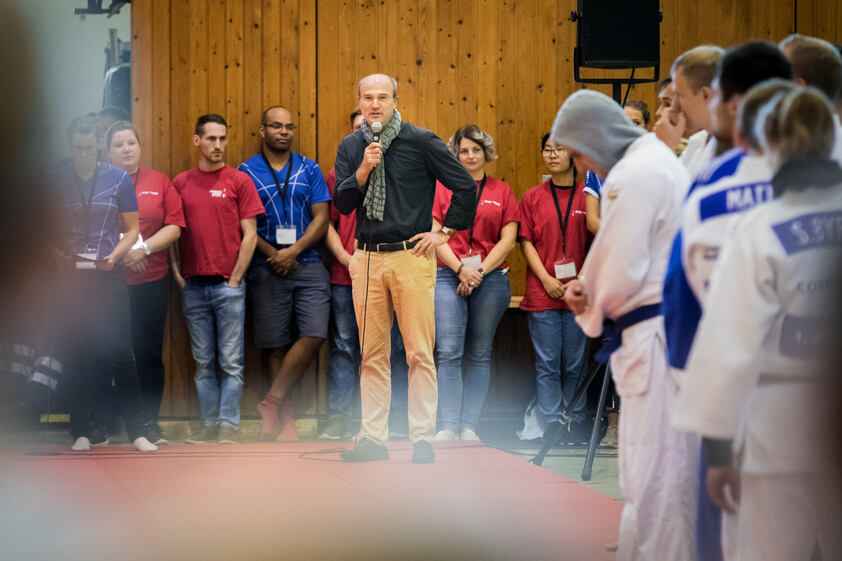 Peter Lynen, Head of the University Sports Center, is impressed by the commitment shown by the Judo group. Athletes receive great support from the adh in their pursuit of sporting excellence. “Because of the double burden of studies and top-class sport, the adh tries to relieve pressure from the students, for example through cooperation agreements with the student union.”, explained Bernd Mühle, who is responsible for finances and administration at adh. Oliver Rychter, head of discipline for judo at adh, agrees, explaining that the DHM in Judo is a “very important event for students and employees”. Despite the considerable organizational challenge, that they are faced with, the Judo Group of RWTH Aachen University has shown itself to be motivated to get the event running. Techniker Krankenkasse, too, has been supporting the organization of the project. As health partner, they have a particular interest in making students aware of the importance of a healthy lifestyle, so that they can put that knowledge to use in later employment, explained Masoud Mirzai, Head of Customer Service at TK.

With favorites like Erich Klinspon, who won the DHM 2016 in Bonn in the under 66kg weight class and Rahel Krause, who came second at the European University Games in Coimbra, Aachen’s team of Judoka is competitively manned. It is a competition on a very high level, as Sophie Oster, representative for Judo at the HSZ, confirmed to us. Aachen’s Judoka have already been able to report first successes, as favorite Rahel Krause won the over 78kg weight class on the first day.

The organizers of the event have also been satisfied with its realization so far. In one thing Prof. Dr. Rüdiger, Peter Lynen and Juliana Kirchhoff, sports representative of the student union, are all agreed: Without the great support of countless volunteers, the realization of the event would not have been possible. This has pleased Ramon Marställer, event coordinator of the HSZ. Despite the long time that such an event takes to organize, he has been sure this morning that it will be a “great event”. All in all, Saturday has been a great day in the spirit of fair play and the sport of Judo. We look forward to day 2 of the event.