You Are Here: RWTH Rower Team on 2nd and 5th Place at the Season Start in Split 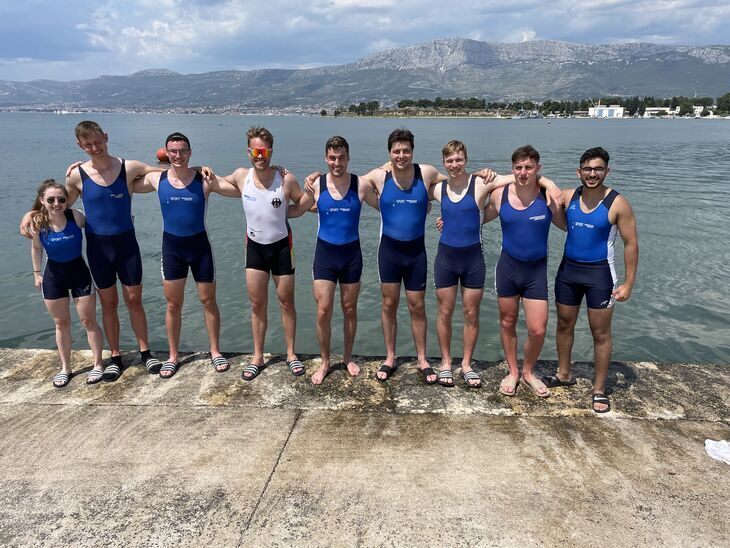 On May 14 and 15, the top RWTH rower team met the best varsity eights in Europe for the first time since Corona for the season start in Split. This includes the Blue Boats from Cambridge and Oxford, who faced each other a few weeks earlier in the historic Boat Race. This is held annually between Oxford and Cambridge Universities on the River Thames in London and is one of the most famous rowing races in the world. The Oxford team is often referred to as the "Dark Blues," while the Cambridge team is known as the "Light Blues," which is why in rowing the teams are called Blue Boats. Other eights in the twelve-boat field, in addition to the home teams from Split and other Croatian universities, were Krakow and the Imperial College London.

On Saturday, the newly formed eight went into the 1000m race. After a neck-and-neck race in the preliminary round with Cambridge and Split, they managed to enter the final in third place with a safe distance to the rest of the field.

In the final, despite a successful start, the eight had to let Imperial and Oxford go on the more wind-prone outer lane, in addition to the boats from Cambridge and Split, who won the race. For the young team, which has hardly been able to row together due to Corona, the fifth place against the experienced teams is a very successful start to the season.

On Sunday, for the first time this year, an Aachen alumni eight also competed in the so-called "Legends Race". On the 220m course in front of the old town of Split, the team of former Aachen students was able to row to a strong second place just behind the hosts and was allowed to receive the medals on the historic Peristyle Square.

After this successful start, the RWTH eight is now highly motivated for water training in order to be best prepared for the season's highlight, the German University Championships, in Münster at the beginning of July. 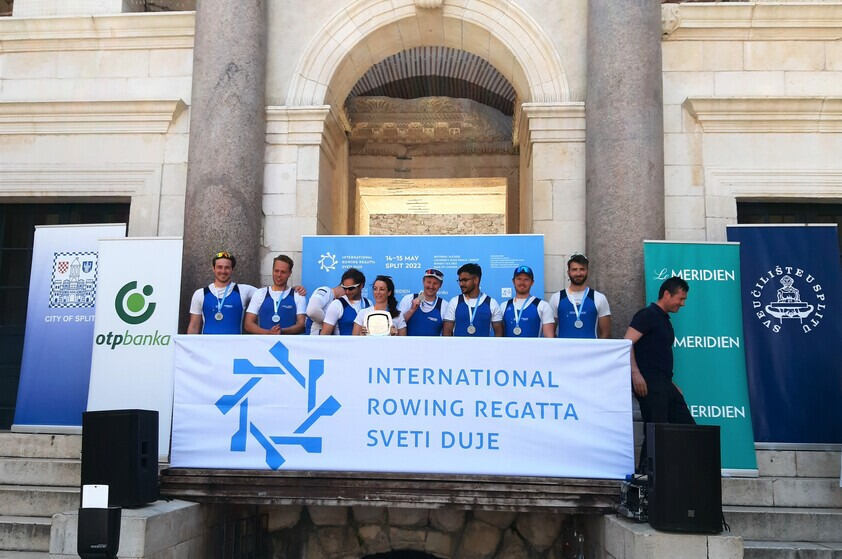