You Are Here: Successful Athletes From Aachen at the European University Games 2022

Successful Athletes From Aachen at the European University Games 2022 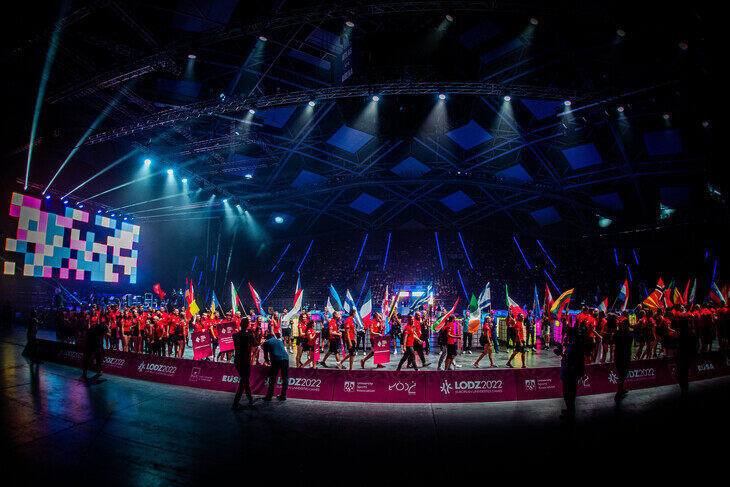 From July 16 to 30, the European University Games (EUG) 2022 took place in Lodz, Poland. Almost 5,000 athletes from over 40 countries competed there. Students from Aachen were also part of the German delegation. The athletes from Aachen gained valuable experience and Walid Hashimi won bronze in taekwondo.

The EUGs are held every two years in a different European country. This year, Poland was the host. The elite university sports athletes met in Lodz. Athletes from Aachen were represented in three sports: Rahel Krause competed in judo, Walid Hashimi showed his skills in taekwondo, and WG Aachen competed in water polo.

Taekwondo athlete Walid Hashimi had to fight with some injuries in the run-up. Despite initial uncertainty, he reached the semi-finals with his strong performance. Unfortunately, he had to admit defeat after an exciting fight against the eventual winner of the tournament. Thus, he was able to secure a place on the podium as well as the bronze medal.

Rahel Krause reached a good fifth place in her weight class in Judo. For the WG Aachen water polo team it was unfortunately only enough for the ninth place. The team is, nevertheless, satisfied with the experience they were able to gain from the international competition.

All athletes from Aachen enjoyed the international tournament atmosphere and were able to make contacts with athletes from all over Europe. The next EUG will take place in Hungary in 2024.