You Are Here: Winter Is Coming: The University Sports Center Sends Students Out Into the Cold at the Snow Event

Winter Is Coming: The University Sports Center Sends Students Out Into the Cold at the Snow Event 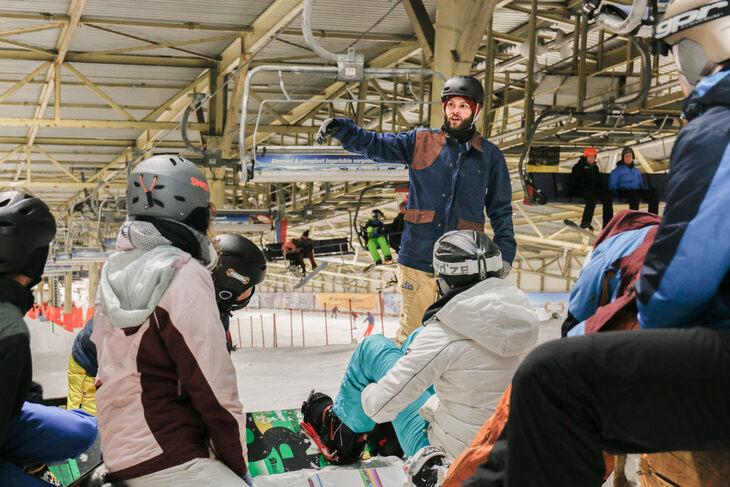 The RWTH University Sports Center (HSZ) invites all ski and snowboard enthusiasts to the slopes at the Snowevent on November 3.

The Snowevent as the highlight of the winter

The snow event ist he highlight of the winter for all the newbies to the slopes and experienced winter sport athletes. Together, they can join different classes and workshops and venture the first descends in the winter season.

Order of events at the Snowevent

Every ski and snowboard course will be supervised by qualified instructors, who were trained by the HSZ. The courses for beginners take place from 8 pm to 10 pm. A registration beforehand is required due to the limited capacity. Advanced skiers can also participate in the technique, pole riding and fun park areas without separate course registration. A general registration for the event is required for all participants. In addition to private self travel, the HSZ offers the possibility to travel together with the shuttle bus to the ski hall in Landgraaf. The buses will depart between 6 and 7:15 p.m. from Bend Square. The return journey with the shuttle buses will take place between 22:30 and 0:15.

For further information you can visit the HSZ website.