You Are Here: Winter Onset at the University Sports Center - Snowevent and Contract Signing with SnowWorld Landgraaf 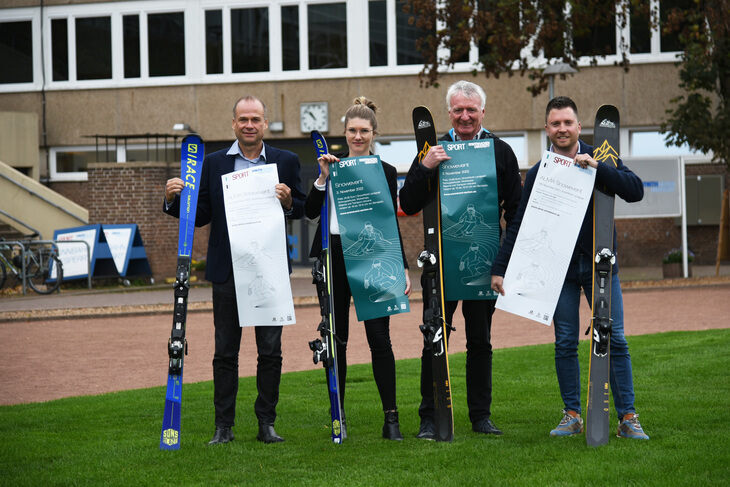 Year after year, the HSZ brings students from the Aachen universities onto the slopes at SnowWorld Landgraaf just in time for the start of the winter semester. On November 3, 2022, an important appointment was on the agenda: At a meeting between representatives of the HSZ and SnowWorld Landgraaf, a cooperation agreement was signed for the next three years. Afterwards, it was off to the sold-out snow event at SnowWorld Landgraaf. 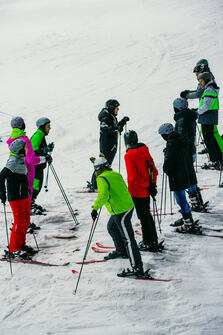 The HSZ and SnowWorld have been cooperating for more than 14 years. The HSZ offers several courses and events using SnowWorld Landgraaf as a sports facility. At the Snowevent and the ALMA Snowevent, participants can either make their first attempts on skis or snowboard in workshops or deepen already existing knowledge. In addition, the HSZ offers regular snow sports courses throughout the winter semester, which also take place at SnowWorld Landgraaf. With the signing of the contract, nothing stands in the way of the snow events and snow sports courses of the HSZ in the coming years.

Currently, registration is open for the ALMA Snowevent on November 15. More information and booking can be found on the event page.