You Are Here: The Countdown for the Lousberglauf 2019 powered by STAWAG has started!

The Countdown for the Lousberglauf 2019 powered by STAWAG has started! 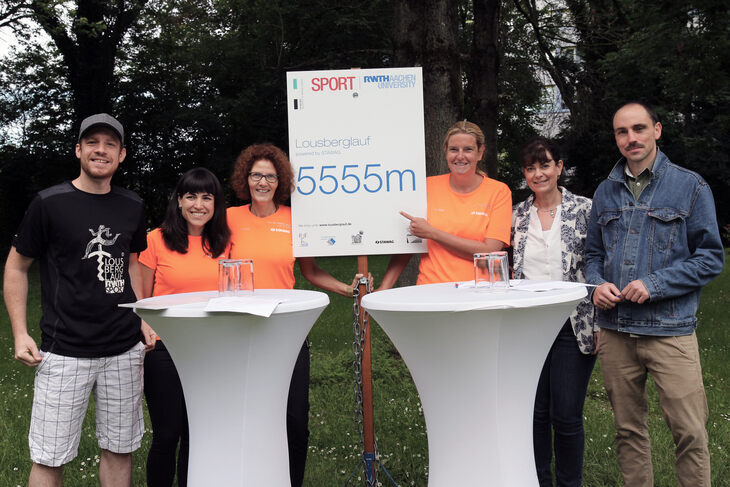 The signs are up and the clock is counting down. The 30th Lousberglauf powered by STAWAG is being awaited with joyful anticipation. On July 3, 2019, the Lousberg – Aachen’s home mountain – will be host to the 30th Anniversary of the Lousberglauf and a celebration of the running sport.

30th Anniversary of the Lousberglauf

It’s been 30 years since the Lousberglauf was brought into being by the inhabitants of the Rütscher Straße towers (Türme). Since then, the Lousberglauf has developed into a tradition and enjoys cult status among running fans. With around 2000 participants it has become a highlight and is the largest running event in Aachen. Traditionally, organization of the Lousberglauf is not just the purview of the RWTH Aachen University Sports Center (HSZ) and title sponsor STAWAG, but is also in the hands of the residents of the Türme halls of residence.

It is not just the Lousberglauf, but also STAWAG’s support for it, that has become a tradition. For the 15. time, STAWAG is supporting the Lousberglauf as title sponsor. Its support is not just financial. STAWAG always joins in with a large running team. The run supports team building and shows the great support for company sports, says Kirsten Haacke of STAWAG. Additionally, she emphasizes the support for professional and popular sports.

While at first glance the 5’555-meter stretch might seem straight forward, it should not be underestimated! The gradient of Aachen’s local mountain will be the main challenge for the runners. The Lousberg hasn’t gained the nickname Teufelsberg (Devil’s Mountain) for nothing. The course markers, set up in advance, therefore offer the perfect opportunity to get to grips with the route and prepare for the sporting challenge. The gradient means that the run is a challenge for amateurs and experienced runners alike, meaning that the field generally comprises a mix of performance runners and recreational runners.

Coordination by the Towers

Together with Matthias Wilhelm, Head Coordinator of the Rütscher Strasse Towers, preparations are running at full tilt. The great interest in the Lousberglauf is made evident by the increased number of registrations among the students of the Türme halls of residence. Running is a relaxing sport, in which everybody can participate.

On July 3, 2019, the performance athletes will again count amongst their ranks the contestants of the NRW UniLauf Cup, whose final is again being carried out in Aachen. Tensions are rising! Will Aachen’s team manage to win at home?

Such an event would not be possible without the generous help of countless volunteers. A team of over 150 hardworking volunteers will again support the Lousberglauf this year by offering their support in various capacities by, for example setting up signs, handing out starting bibs or acting as route marshals.

Nothing therefore remains standing in the way of the Lousberglauf!